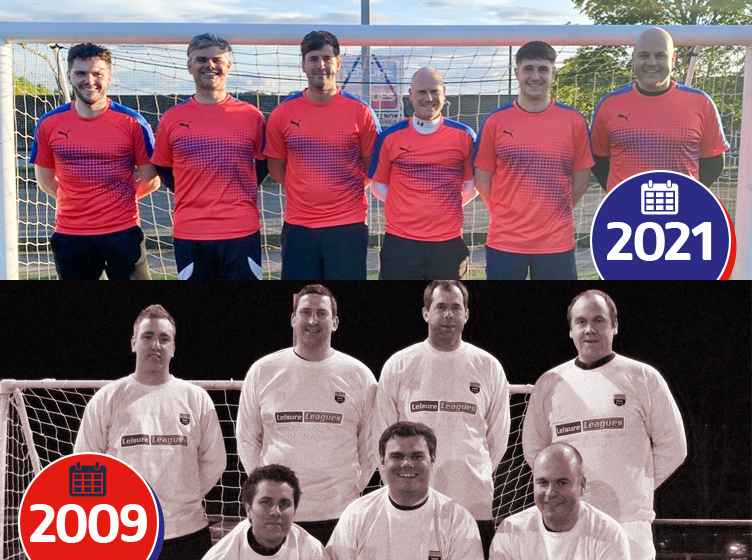 THE LONGEST SERVING 6 A SIDE TEAM IN HISTORY

Back in 1997, the world record transfer fee was broken when Ronaldo moved to Inter Milan from Barcelona for 19.5m, Marcus Rashford was born and the UK had just passed the 5 million mark of people with access to the internet.

At the same time a group of lads from Lichfield decided to form a 6 a side football team – and in an ever changing world – we are glad to say that Old Heads are still plying their trade in one of our leagues in the Cathedral City.

Skipper Adam Braddock – leading his side before England’s Declan Rice and Mason Mount were even born –  looked back on his years and said: “We are getting a bit older now, everyone’s a bit quicker and a bit younger than us!”

Leisure Leagues visited the team first in 2009 – commemorating the 12th anniversary of them playing in the network – and as the company’s Andy Thorley said, the fact they were the longest serving team in the country even then, makes their achievement even more remarkable: “It’s astonishing longevity,” said an impressed Andy, “when you think how many teams they must have seen come and go! It’s unbelievable.”

What makes the Lichfield League even more unique though, is that there are three teams in the competition that could put in for their long service medals. Ice Pack  – who are in the division one promotion spaces  – can boast 17 years in the Burntwood, Cannock and Lichfield Leagues, and APFC ca look back on over a decade, with their captain, John explaining it had been ideal for them: “We all used to play 11 a side,” he recalled, “and that team disbanded when we got to our mid-30s. Some of us wanted to keep playing and we’ve been down here ever since.”

Andy said that those stories – and the many more like them from across the country – were central to the ethos of the company: “The football we provide is for everyone across the community and listening to the tales from these teams is so heart-warming. Where else could you get people playing together against players that weren’t even born when they began. It’s fantastic and just proves how important what we do is to communities across the world.”

To join the leagues in Lichfield go here: https://www.leisureleagues.net/league/king-edward-vi-leisure-centre/lichfield-monday

If you think your team has been playing with us even longer than those three, get in touch at media@leisureleagues.net