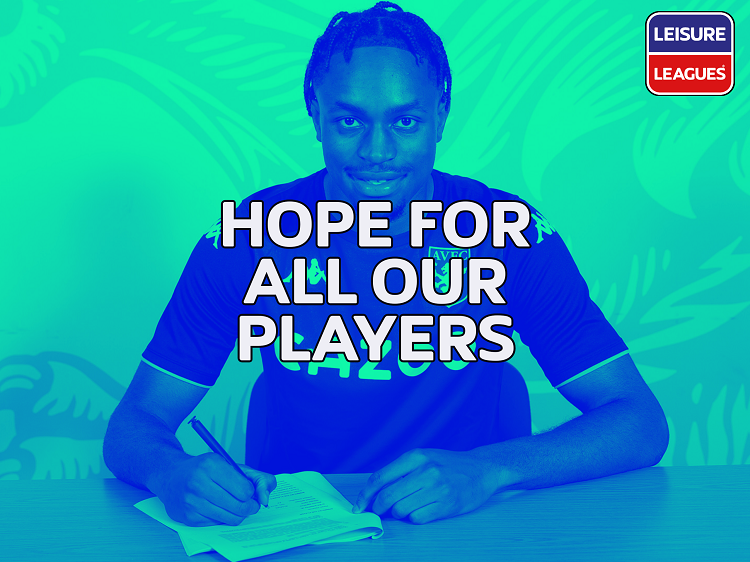 MOULTON MAGIC SHOULD GIVE ALL PLAYERS AN AIM

The rise of Caleb Chukwuemeka from Leisure Leagues venue to the Premier League in just 12 short months, can give everyone in our leagues hope.

That’s the message from the World’s largest provider of community sport, after the Northampton born youngster played his first game for Aston Villa last night.

The 19-year old Northampton born youngster was without a club just two short years ago and was spotted playing on the superb pitches at Moulton College – where we are proud to run a community league with hundreds of players – but after staring for the Town Youth team, he found himself joining his brother Carney at Aston Villa last summer.

His rise was completed last night with a goal in the televised Carabao Cup game against Barrow, but the story that his former manager at Northampton Town called “magnificent” should give everyone in our leagues something to aim for.

Media Manager Andy Thorley explained why: “We know there’s talent our leagues, you only have to look at the Moments of the Week for that, but there’s more to it.

“We have seen players in our leagues join league clubs, but even if that’s a step too far then we can offer you a pathway that no one else can. “

Chief amongst these opportunities is the 6 a side world cup. Details will soon be announced as to the trials for next year’s tournament, which will take place in Mexico next April, but as Andy added: “Everyone has the chance to do something incredible like pull your country shirt on in front of thousands watching in the ground and millions more worldwide (the viewing figures for the last tournament were over 300,000,000), you can still feel a sense of pride when ‘one of your own’ so to speak is doing so.”

Leisure Leagues Michael Clark, who runs the Northampton leagues was proud of the local lad made good and said: “Our 6-a-side league at Moulton College is currently preparing itself for an influx of new teams over the next month with free entry and free kits available to our new Sunday teams”

The 3G actually overlooks the training ground that Northampton team train on, so there’s no reason the next big thing shouldn’t be one of us.”

Michael might have even unearthed the next off the Cobblers production line, as Leisure Leagues are sponsoring the kit of Nicke Kambamba this season. The 28 year old striker moved from Kilmarnock this summer and will be hoping that the “Moulton Magic” rubs off on him too.