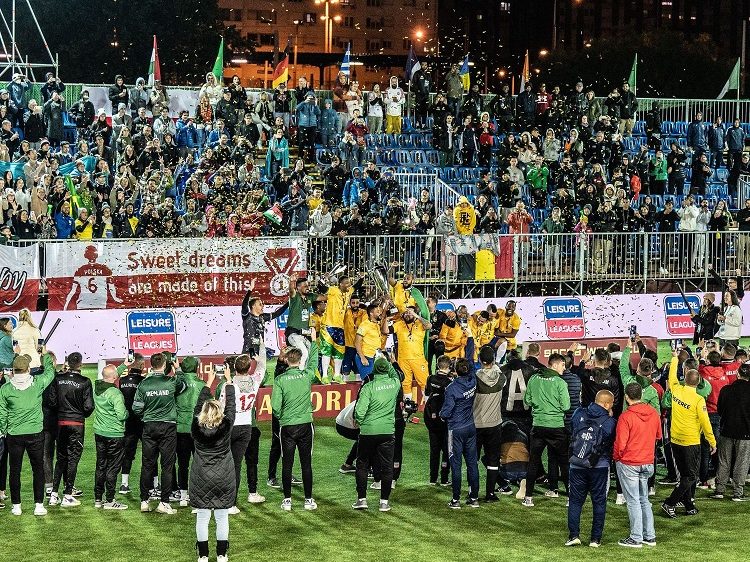 Leisure Leagues players are moving closer to a chance of glory at the world cup, as some of our top executives were amongst a delegation that went to inspect early preparations for the 6 a side world cup in 2023.

The leadership team were amongst a party that went to Essen – the second largest town in the Western German province of the Ruhr – where the city’s bustling Kennedy Platz will play host to the nations who are vying for glory at the Leisure Leagues powered 6 a side World Cup.

The Mayor of Essen, Thomas Kufen (pictured below), greeted the ISF President, Chief Executive and members of the local organising committee and LL staff members, in the central square where the stadium will be built.

Leisure Leagues will be announcing how you can earn your shot at pulling on the shirt of your country in the next few weeks, but we look forward to seeing as many of the players there from our British Leagues as possible, as they look to follow players from Pakistan, Egypt, Hungary, Mexico, Ireland and more as our players provide the bulk of the talent at the event.

This year, a record 32 teams descended on Budapest, where the event was won by Brazil for the first time (pictured), but when it resumes in 2023, it will feature even more of our players than ever before.