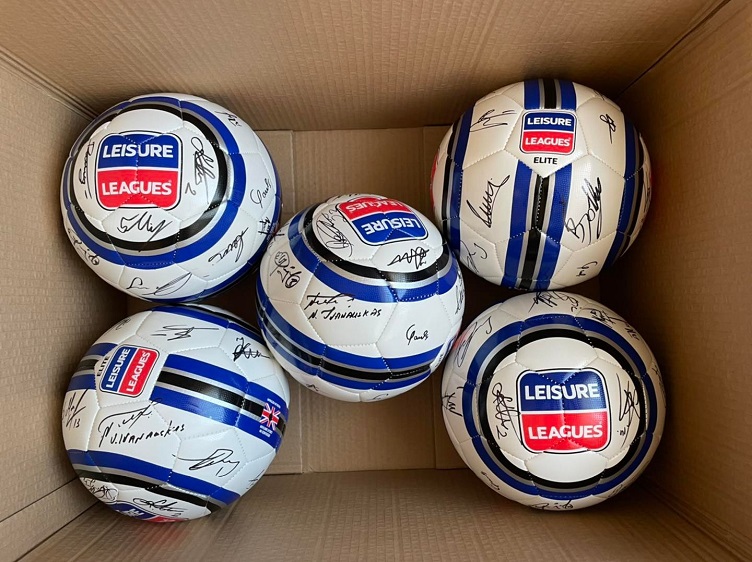 Players from the leagues make up the Lithuanian national team and their Head Coach Valdas Ivanauskas, together with the squad, have signed boxes of Leisure Leagues balls to go to young people who have fled the war.

The balls will be going to Druskininkai in the south of the country, where they will be used by Ukrainian refugees, who have been housed in the town as they escape the Russian shelling that has caused such devastation.

Leisure Leagues director Tom Nash praised the effort and added: “Everyone has watched in horror at what is going on in Ukraine and it’s great that our Partners in Lithuania have been able to offer some solidarity with these poor stricken youngsters.”

The Lithuanian national team – made up of players from the Leisure Leagues network – will be competing in the Mexico 6 a side world cup in June, and when they do  it will be for a tournament that will not include Russia, as the World Champions have been expelled.

This was just one of the measures announced by Leisure Leagues and the International Socca Federation to support Ukraine. As well as expelling the national team of Russia, Leisure Leagues have also changed their logo to blue and yellow.

Lithuania is just one of the many countries who operate a Leisure Leagues Franchise. The scheme has become the fastest growing sports franchise scheme in the world.

To find out how the Leisure Leagues Franchise Scheme can help you make money from the world’s passion click here: