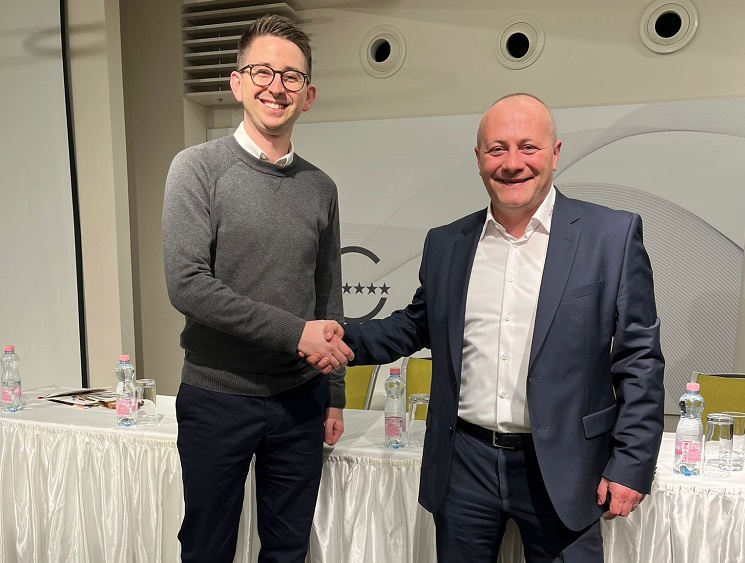 A momentous weekend in Hungary saw a world first for small sided football.

In a deal that could have seismic ramifications for the sport across the globe Socca Hungary have been recognised as the official governing body for the sport in their country.

The agreement was the centrepiece of a specially arranged conference in the town  of Telki just outside Budapest, where amongst the guests of honour were Dr. Tunde Szabo, Secretary of State of Sport, Tamas Menczer, Secretary of State for Information and International Presentation of Hungary, Szilveszter Kovacs, Head of Grassroots Department, Hungarian Football Association and Tom Nash, Director of Leisure Leagues.

The decree means that Socca Hungary, who operate successful leagues across the nation under the Leisure Leagues banner, will operate more competitions and leagues moving forward.

Mr Nash, speaking on behalf of Leisure Leagues hailed the deal as “huge” and added: “Credit must go to Tibor Csuhai the CEO and the rest of the team at Socca Hungary for this agreement. I met with government officials myself to ensure that Leisure Leagues Hungary and Socca could be a driving force.”

The first Leisure Leagues in Hungary started in June last year, and thanks to this deal there will be many more over the proud footballing nation. Players from the leagues will be representing their country in Mexico later in the year as they will form the backbone of the Hungarian national team looking to take on the world in the world cup.

To find out how Leisure Leagues can help you in your country, click here.